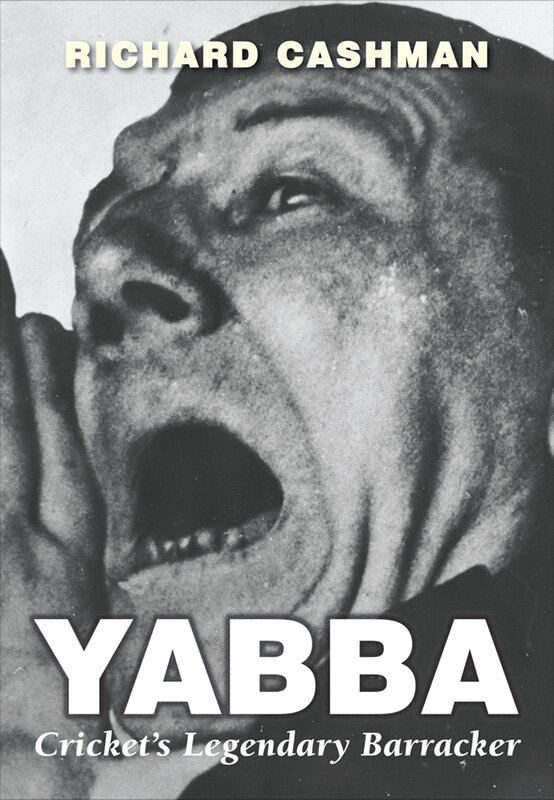 Yabba was a genuine talent, a wit, an actor and a crafter of words, who possessed a booming voice. He was the ultimate self-publicist, who promoted himself as the ‘one and only Yabba’. Yabba lived to barrack.

Yabba was a serious student of cricket watching the game intently, his interjections being mostly informed and fair-minded though they were occasionally quirky. He was a simple man who enjoyed drinking beer, smoking, gambling, cracking jokes, family parties and watching and talking about sport. He had a vast appetite for life fighting in the Boer War, branding cattle in the outback and sparring with star Indigenous boxer, Jerry Jerome. He was an adventurer and a knockabout individual who did not mind getting involved in a fight.

Unlike other barrackers and characters, his reputation has not diminished over time, Yabba being immortalised in bronze at the SCG in 2008. However, there is no longer space.

1. In search of Yabba
2. Yabba’s life
3. Barracking
4. Yabba the journalist
5. The ‘one and only’ barracker
6. Immortalised in bronze
7. Understanding Yabba
Appendix ‘Yabba takes his seat’
(A play, written by Rodney Cavalier, which was performed at the unveiling of Yabba’s sculpture)

Richard Cashman has written and edited 12 cricket publications, the most recent being The Demon Fred Spofforth (2014). As the manager of Walla Walla Press, he has edited and published a number of cricket works including biographies of Jack Marsh and Tibby Cotter. He is an Adjunct Professor at the University of Technology Sydney.