Leatherbound limited edition with gold lettering on the front and a dust wrapper. An edition of 70 (56 for sale) numbered and individually signed.
ISBN 978-1-876718-28-2

‘This wonderfully well researched book fills a yawning gap in the treasure-house of Australian cricket biographies. W.L. ‘Billy’ Murdoch was a highly talented cricketer, a key figure in his young country’s rise to prominence in the national game … just as importantly, he was a genuinely interesting man whose vacillating fortunes read like a novel.’

‘Billy Murdoch had a sharp mind and ready wit, useful qualities both for a lawyer and a cricket captain. The book portrays a man of endearing warmth of character and sense of decency, who became best mates with W.G. Grace, who didn’t suffer fools.’ 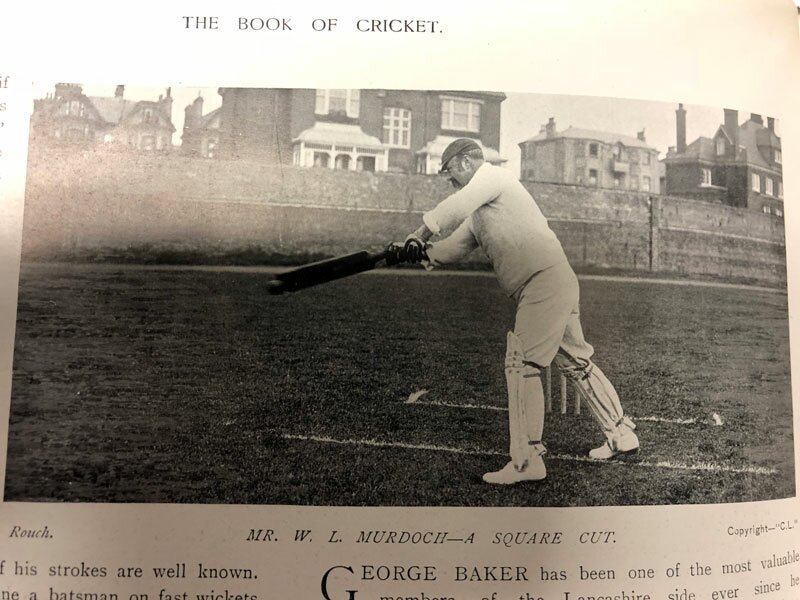 Billy Murdoch was a colossus of Australian cricket in the 1880s, an inspirational captain who led Australia to its first Test victory on English soil in 1882, giving rise to the Ashes symbolism. He batted with style and substance, scoring the first triple century in Australia and the first Test double century — Murdoch was Australia’s answer to England’s W.G. Grace.

Though affable, Murdoch was a tough-minded leader, who did not shirk numerous controversies that swirled around the Australians in the 1880s, many relating to gate money. He was captain of an Australian team which refused to play in the Second Test of the 1884–85 series.

Murdoch had a tumultuous life. Abandoned by his father, bankrupt in his early 20s, he secretly married the daughter of Victoria’s wealthiest gold miner without his permission. Opting to live in England from 1890, the Murdochs aspired to make it in Edwardian society, often living beyond their means. Murdoch played one Test for England in South Africa, captained Sussex and then played for Grace’s London County.

Murdoch collapsed and died while watching a Test at the MCG in 1911. His body was embalmed and shipped back to England for burial.

This biography gives Murdoch his long overdue recognition as one of the great figures of Australian cricket. 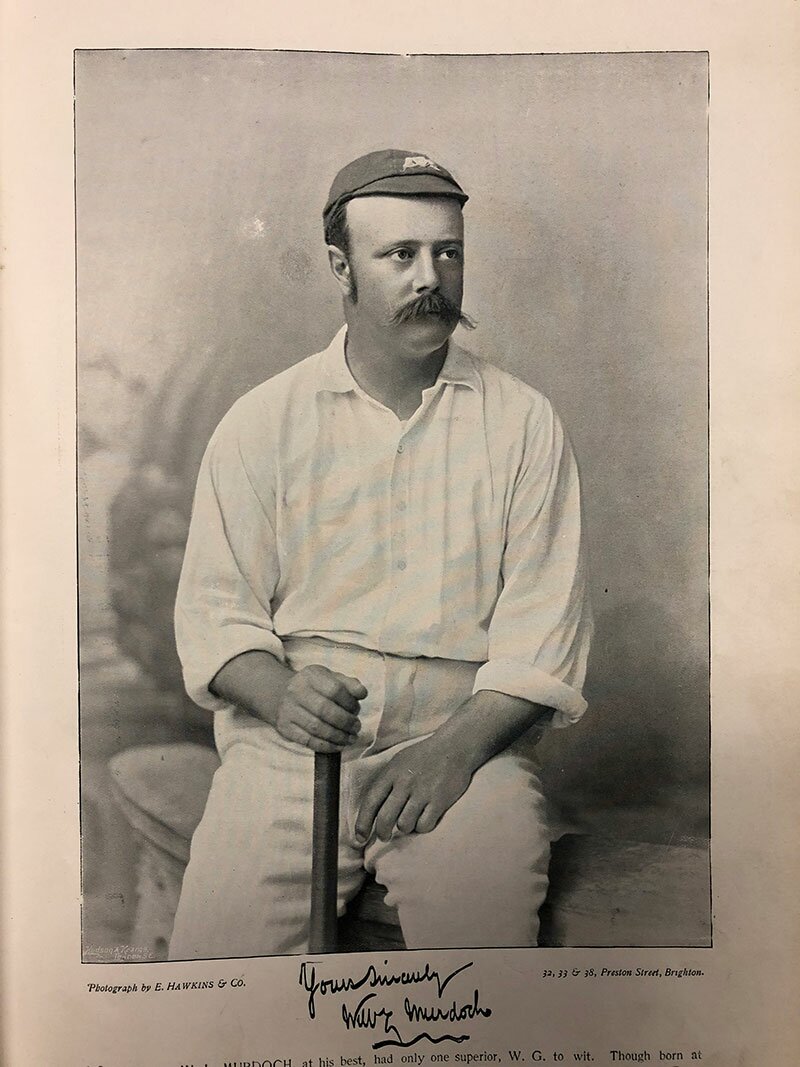 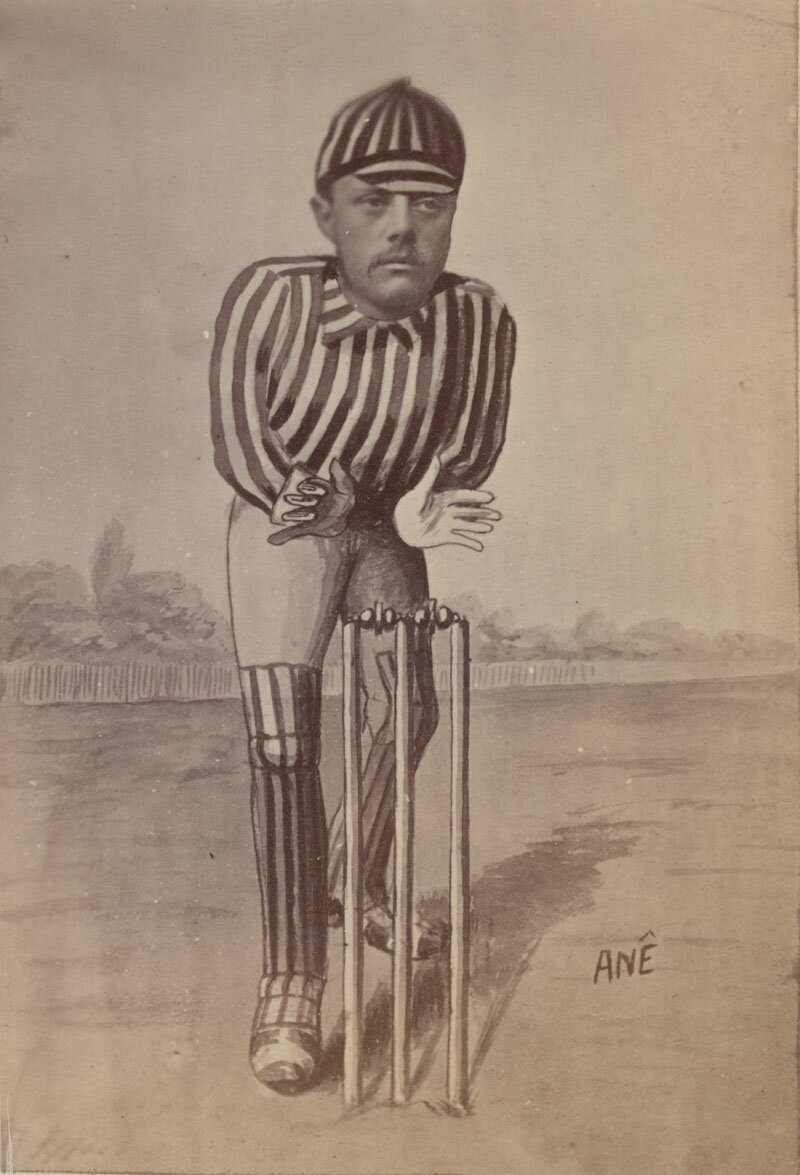 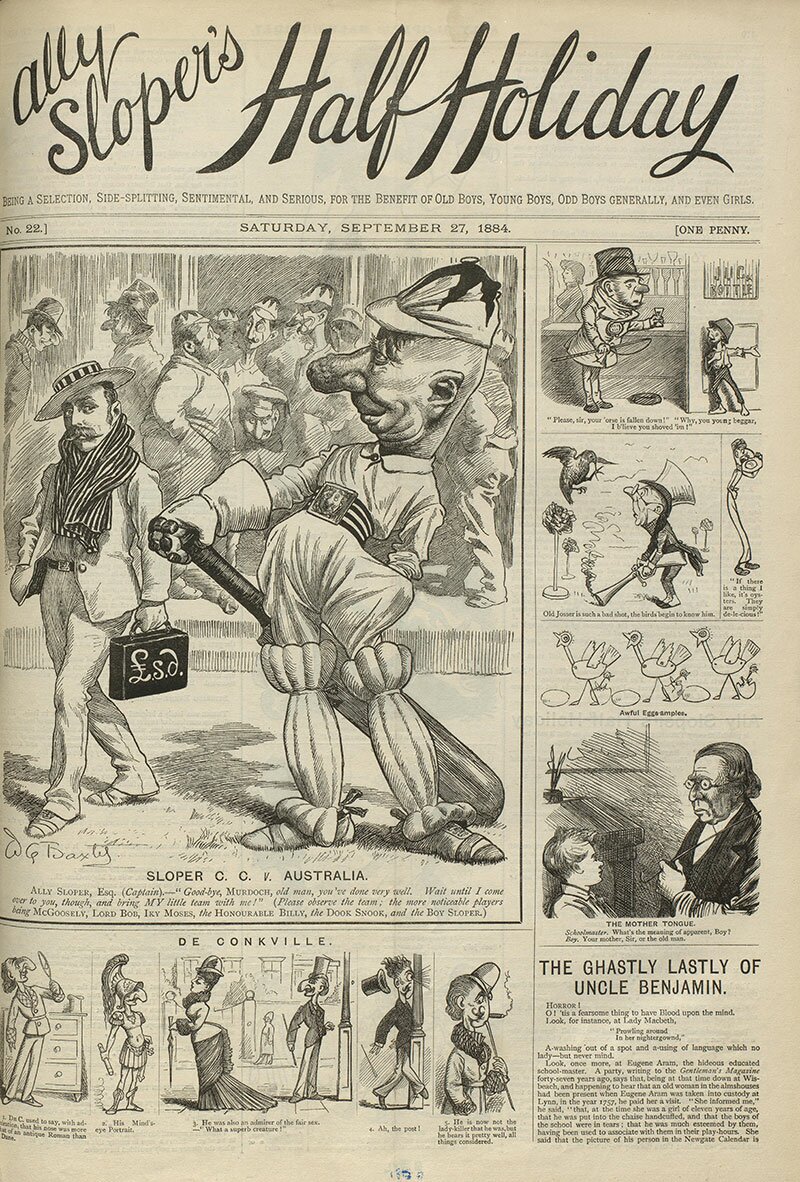 The Red and Blue Wickies: 50 Years of the Randwick CYM Cricket Club.
(with Amanda Weaver) Wicket Women: Cricket & Women in Australia.
Yabba: Cricket’s Legendary Barracker.
* Winner of the ACS Literary Award
Ric Sissons
Sissons grew up in Nottingham and Derby. When not playing cricket for Littleover in the Notts & Derby Border League, he watched Derbyshire at the Racecourse Ground, Derby or Queen’s Park, Chesterfield.
He graduated from the University of Sussex and after working in radical publishing for Pluto Press moved to Sydney to set up Pluto Press Australia in 1983. He now runs Campaign City, a small graphic design company.
Sissons’s second book The Players: A Social History of the Professional Cricketer was widely acclaimed and won the English Cricket Society’s Silver Jubilee Literary Award. The great cricket writer John Arlott described it as ‘a landmark book in cricket literature’.

(with Brian Stoddart) Cricket and Empire: The 1932-33 Bodyline Tour of Australia.

The Players: A Social History of the Professional Cricketer.

The Don meets The Babe: The 1932 Australian Cricket Tour of North America.
(Sir Donald Bradman wrote in his Foreword that this work ‘will prove of much interest to cricket lovers’.)

Reggie: Five Years of Fame, The Story of Reginald Duff.